A few years ago I posted about a WebGL visualization of the neighborhood around our sun.  It was never as polished as I wanted, so on-and-off over the past few months I’ve been working on making it more interesting.  The project is still located here:

The code is still hosted on GitHub:

Two of the improvements I’m especially excited about.  First the star rendering now uses glsl shaders which are based on the star’s temperature, giving cool (and animated!) visuals:

Second, all known exoplanets (planets orbiting stars besides our Sun) are rendered around their parent stars.  The textures here are of course fake, but the orbits are accurate where the data is known: 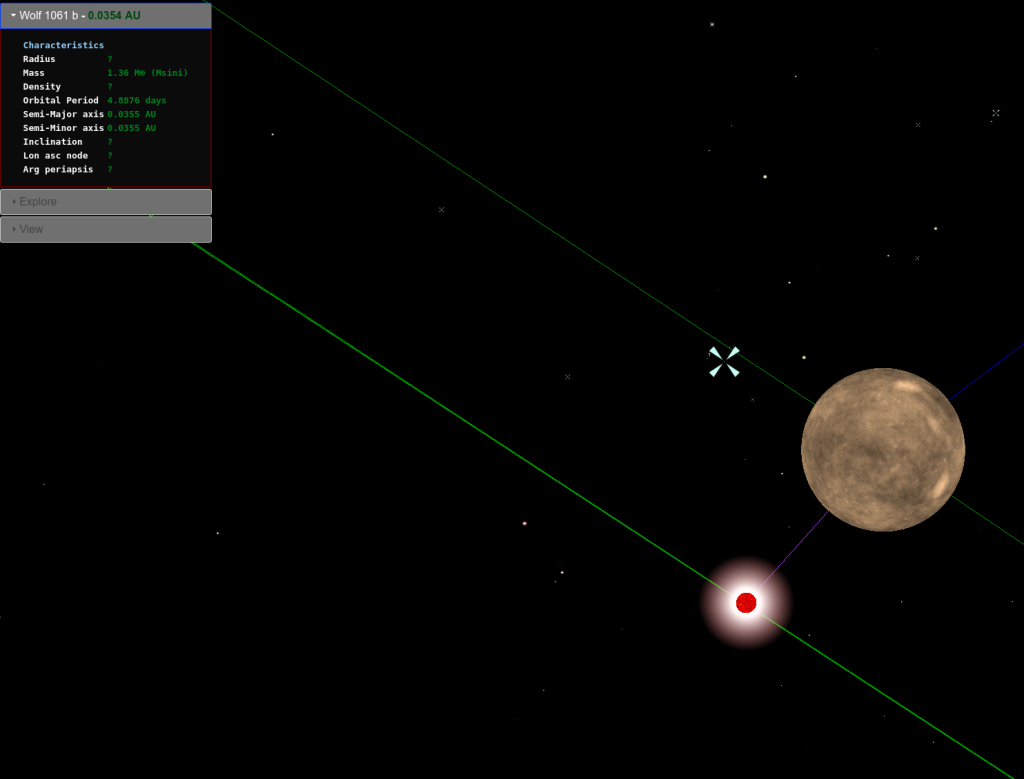 I’ve also included all the full planets in our solar system with full textures and (hopefully accurate) orbits: 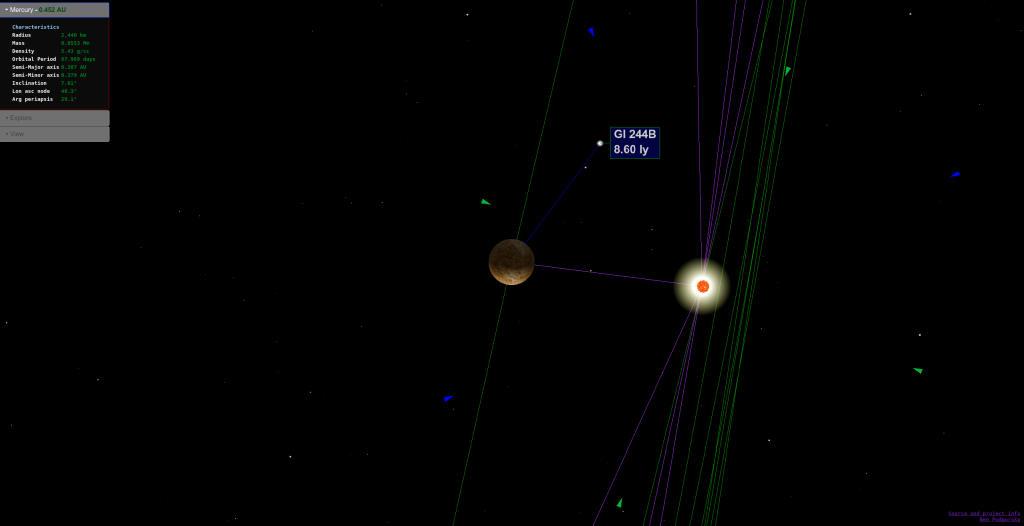 I’ve updated the README on the GitHub project with all the changes (I’ve also totally reworked the controls).

I’m going to try to write some more granular posts about what actually went into the three.js and glsl to implement this, since I learned a ton in the process.

View all posts by bpodgursky